How To Light A Narrative: Real World Application

Summary: Ryan takes you behind the scenes and explains his process in lighting the short film “O’ Danny Boy,” walking you through each shot, set-up and lighting design

Narrative projects rely on a lot of the techniques we’ve talked about so far–from creating certain moods through ratios, to creating soft light, to dealing with the unique challenges of shooting on location. In this video I’ll take you behind the scenes and show you shot by shot how I lit a short film. I’ll cover not only where I placed the lights, but why I made the choices I did. So let’s watch the 1 minute short “O’ Danny Boy,” and then I’ll break each shot down from there.

PAUL: Would you rather I told you?

MARY: Don’t tell me that.

PAUL: I thought you wanted to know.

MARY: Not about that.

MARY: I would’ve liked to know you were doing it. 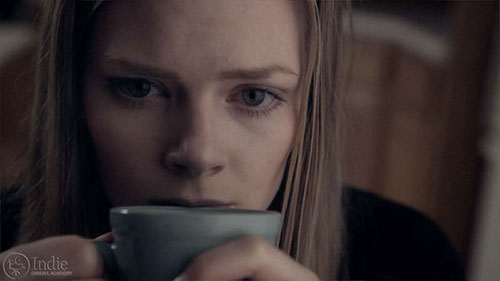 The film opens on an extreme close up of Mary as she sits at the table. Although we as the viewer don’t know it yet, her world is off-kilter. I wanted to reinforce that feeling through my camera and lighting decisions. 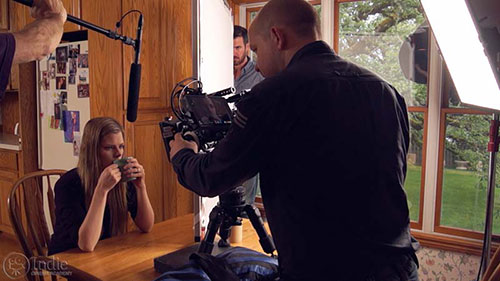 Instead of completely leveling the camera, I kept it a bit off. It isn’t extremely off, just enough so that it doesn’t feel right. We also designed the lighting scheme to enhance this feeling. When Tim and I were talking over this short, we decided that the overall look and feel of this film should be somber, cool, and detached. So, it was my job to create that look using the the four elements of light…

Behind The Scenes Camera: Gabe Twigg