Summary: Every light you use should fulfill one of five roles: key, fill, backlight, set, effects. If it isn’t, turn it off. In this video Ryan covers what those five roles are, shows how they’re used to create cinematic images, offers tips on placement of each light, and gives you questions to think about when placing a light.

In the last video we covered the three functions that a light has: casting shadow, creating fill, or creating separation. In this video we’re going to cover the five roles that a light can have, whether it is a key light, a fill light, a backlight, a set light, or an effects light. I’ll offer you tips on where to place those lights and how best to use each one. 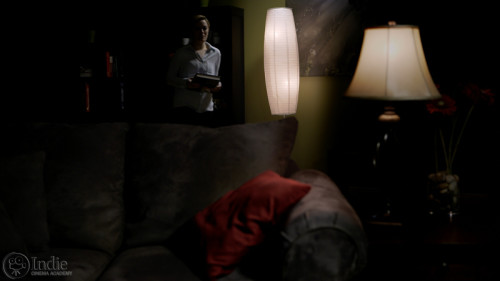 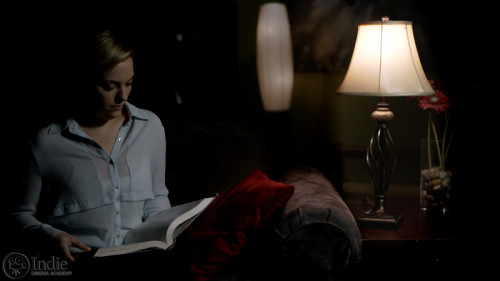 For example, the talent may move from the back of the room and then sit at a couch. In that case, there are actually two key lights. 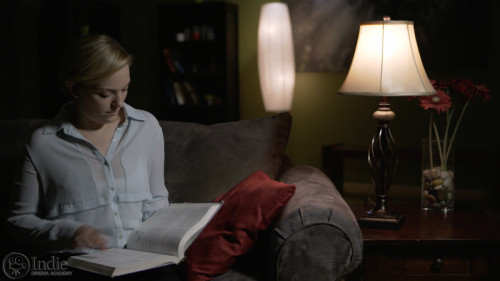 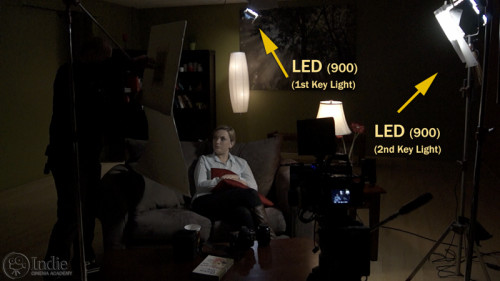 The first one is when the talent is at the back of the room; at that position the key is the light coming from the lamp. And then as the talent sits at the couch, the key becomes the lamp next to the couch. Or, if you only wanted one key light in the scene, you could turn off the lamp next to the couch, and now the lamp in the back is the key, since it’s dominant light source in the scene.

While the key light can come from any direction and there can be multiple keys in a scene, there are some basic guidelines for where to place your key light. The most flattering place to put your key light is 45 degrees off axis from the camera and 45 degrees above the talent. 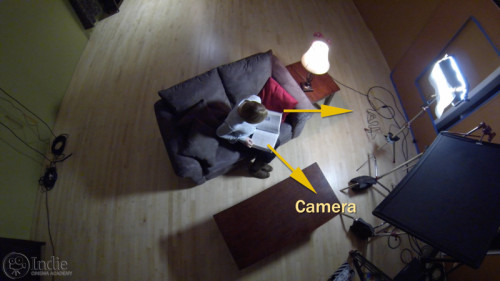 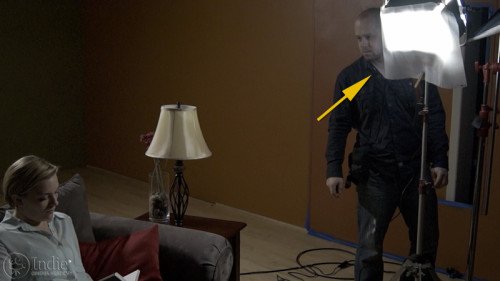 By placing the light in this position, the shadows fall toward the camera and it usually creates a triangularly shaped shadow on the talent’s face. And speaking of shadows, another best practice is…