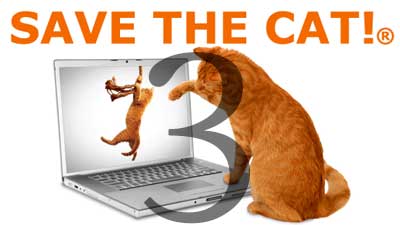 [This is a continuation of my series of “Cliffs Notes” of the Blake Snyder book “Save The Cat! The Last Book on Screenwriting You’ll Ever Need” to help you write better movie scripts. ~ Tim ]

The audience needs a “who” in a movie for them to identify with. This “hero” is there to experience everything for us (think of the person as an “audience stand-in”). He/she needs to both resonate with the target market as well as fulfill the needs of the story.

Who is This About?

All movies, including ensembles, need a lead character (or two); it has to be about someone after all. Who is the one that has the most to grow? This will be your hero.

When you are starting on a story, the “what is it?” often is roughed out first, and the “who” second. The situation determines who best to live it out, who to be your hero.

Amping Up the Logline

Play around with the characters in the story to give your hero the biggest conflict, longest journey, most primal goal. (Also they should be demographically pleasing.) Picking one combination of characters can build the plot up, while switching those personalities around could easily undermine and wreck the story.

The easiest way to try characters out is by playing around with the adjectives in the logline.

Don’t fall into the trap of thinking that if my friends and I like it, the mass market will like it. Again, pitch your movie ideas to real people in the real world to see if it works.

The motivation of your hero has to be primal: survival, hunger, sex, protection of loved ones, fear of death, etc. What’s at stake?

The audience responds best to stories of husbands and wives, fathers and daughters, mothers and sons, ex-boyfriends and girlfriends. The reason is that everyone has these people in their lives and already have primal reactions to them.

Casting for the Role of Your Hero

Don’t cast the movie before you’ve sold the script!

Don’t get married to the idea of one particular actor doing the part!

The reason is that it is very rare for dream scripts to meet a dream cast. You’ll end up painting yourself into a corner if that cast isn’t available.

Your lead should be able to be played by many actors and actresses.

Oftentimes actors play just one type of role for their entire career NOT because they aren’t able to act, but because the audience needs to be shown certain archetypes onscreen. We need these shadow creations played out onscreen.

Write for the archetype and not the actor and the casting will take care of itself.

The list goes on and on with magic dwarves and tricksters, sidekicks and talking animals, spinsters and wizards, Falstaffs and misers. Know the long line of ancestors your characters descend from.

Each of these archetypes has a story arc we want played out. Who deserves to win and why? Who deserves comeuppance and why?

There are always special circumstances.

Example: biographies of people who aren’t likeable, or who have done things that aren’t admirable. Some options are to drop certain un-heroic aspects of their character or history, or condense multiple people into one for the sake of continuity. Biographies of people like this also make it difficult to find the hero (as well as finding the bad guy, if the person isn’t necessarily that either). One solution is to make the hero someone who was in the person’s life. Just find someone who the audience can root for…or at least understand.

Example: in ensemble pieces the hero doesn’t have to be the character with the most scenes. Just remember: the “hero” is usually the one who carries the theme of the movie. The hero offers the most conflict, comes the farthest emotionally, the most likeable, the one we want to root for and see win.

Example: Animated movies based on existing stories are difficult especially when crossing cultures and time. Some of these characters aren’t likeable in the originally text (e.g. Aladdin in Disney’s Aladdin was a conniving street urchin originally).

In all these cases, the basics still apply. Tell a story about a guy/girl who…

Slave to the Logline

Once you have your perfect hero, go back to the logline and add in what you’ve learned about your character. Yes, this is an important step since your logline is the story’s code, its DNA. Stay true to it, and you will deliver the best possible story.

This is especially true when it comes to your hero. The logline tells his story. Use the logline to double-check your results as you begin to write your screenplay. If you change the story as you write it, be sure to update the logline with the changes.