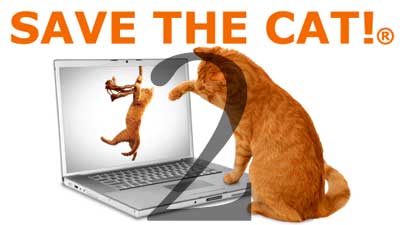 [This is a continuation of “Cliffs Notes” of the Blake Snyder book “Save The Cat! The Last Book on Screenwriting You’ll Ever Need” ~ Tim ]

Chapter 2: Give Me The Same Thing…Only Different

The script, the scenes, the characters and their dialog must be fresh. You can almost be cliché, but just before you are cliché, you must add a twist and be unique.

To accomplish this you need to know the traditions behind your story’s genre. And to do that you must be intimately familiar with all the significant movies in your genre, able to take them apart and understand their plot structures. It is key that you know the lineage of the genre from the very beginning, and appreciate how movies of the past have influenced the genre. This prevents you from being predictable or accidentally creating scenes or characters that have already been done.

Yes, yes, your movie is original, but that doesn’t mean it doesn’t fit into a category. And each genre has its rules. By knowing the rules you will not create a muddled storyline that meanders into other categories. Having a grasp on the rules also will help you create twists to keep it fresh!

When trying to describe what your movie is like, you will be tempted to present it as a cross between “Movie X” and “Movie Y,” or perhaps “Movie A set in Location Q.” Don’t! Most likely you’ll just confuse people as they try to figure out how this mash-up is a good idea.

Instead focus on which category your movie is in, knowing which movies are similar to yours. By reviewing those movies, you will learn what plot elements are important, how they were used correctly and incorrectly, and where you can add your own spin and twist.

Monster in the House

(Star Wars, The Wizard of Oz, Back to the Future, Ocean’s Eleven, Road Trip, Little Miss Sunshine. Greek mythology: Jason and the Argonauts)
Hero goes on “road trip” in search of one thing and ends up discovering something else – himself. (Includes heist, quest, mission, and “treasure locked in a castle” movies.)
Primal Goal: You MUST get the Golden Fleece; failure is not an option.
Notes:

Out of the Bottle

Dude with a Problem

(28 Days, Ordinary People, 10, Days of Wine and Roses, When A Man Loves A Woman, On Death and Dying)
Life throws changes at you that are painful, awkward, and full of torment, but it is also what makes us human.
Primal Goal: Survive as the whole world is crashing down upon you.
Notes:

(Dumb & Dumber, Rain Man, Butch Cassidy and the Sundance Kid, Finding Nemo, 48 Hours, How to Lose a Guy in 10 Days, Lethal Weapon, E.T.)
Primal Goal: He drives me crazy, but I can’t live without him.
Notes:

(Chinatown, JFK, The Insider, All the President’s Men, Citizen Kane, China Syndrome, Mystic River) Notes:
The “who” isn’t nearly as interesting as the “why.”
Rules

(Being There, Forrest Gump, Dave, The Jerk)
Notes:

(M*A*S*H, American Family, The Godfather, One Flew Over the Cuckoo’s Nest, Animal House, Breakfast Club)
Ultimately, the main question is: “Who is crazier, me or them?”
Primal Goal: Loyalty to the group above all else (even common sense or survival)
Notes:

(Dracula, Frankenstein, Gladiator, A Beautiful Mind, Superman, Batman, Robocop. Greek mythology: Hercules)
About what it’s like to be different.
Notes:

Most movies feel like they’ve been lifted from another movie:

The reason is not the lack of creativity, but because these story templates work and they work for a reason that must be repeated. Your job is to learn why it works and how everything fits together. Don’t steal and don’t be cliché, but it’s highly recommended that you follow the rules. The rules aren’t confining, they are actually liberating. Once you understand the rules, you’ll be able to successfully break away from them.

Part 06: Scheduling And Creating A Call Sheet
Scroll to top